Born in Berlin of Jewish parents, in 1939 he was sent to England to escape Nazism. His father, a lawyer and his mother, a former art student, remained behind and perished in concentration camps. Frank Auerbach attended St. Martin’s School of Art from 1948 to 1952 and studied with David Bomberg in night classes at Borough Polytechnic, where he became friendly with fellow student Leon Kossoff. He studied at the Royal College of Art from 1952 to 1955 and later taught at Camberwell School of Art from 1958 to 1965. Known for very thick application of paint or ‘impasto’ and strong painterly images, Auerbach has exhibited in major galleries and museums worldwide. Throughout his career he has used only a few principal models. 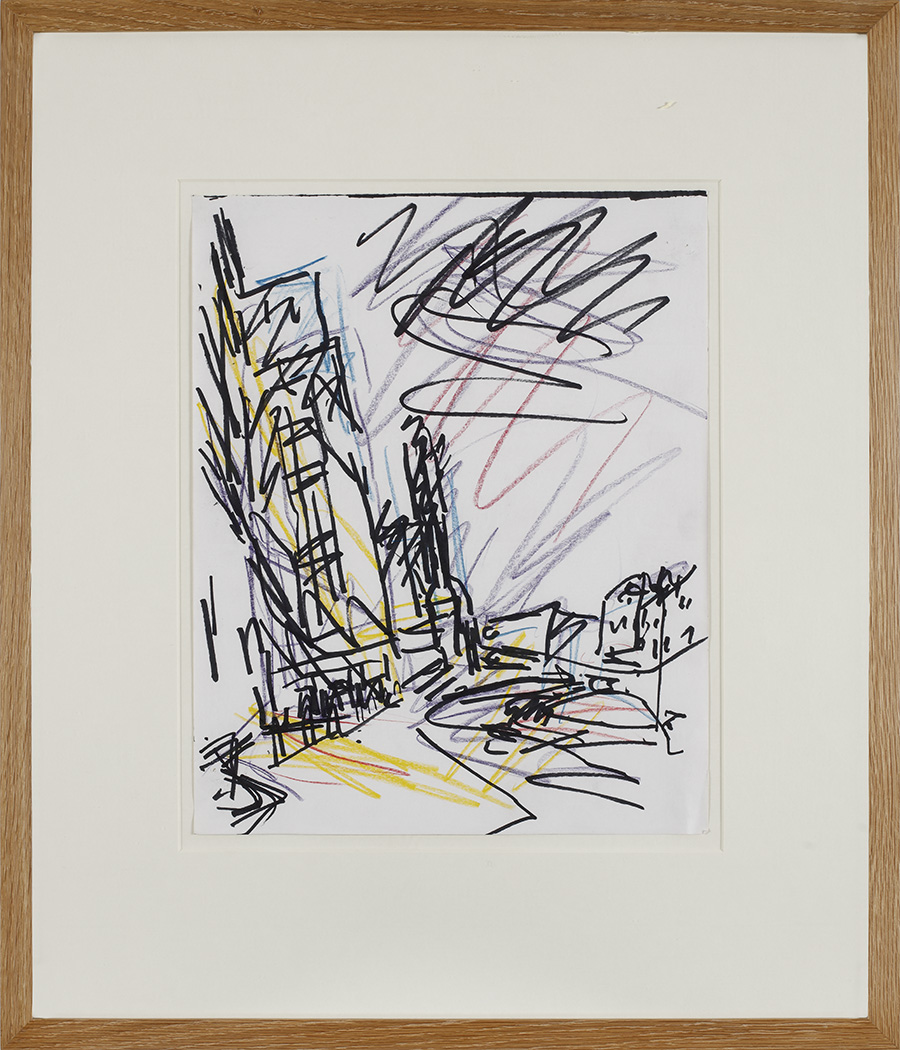