Belsky was born in Czechoslovakia and fled to England at the time of the War. He served in the army before resuming his life as a sculptor. He had a successful career making busts of four generations of the Royal Family (up to and including Prince William) but is now perhaps best known for the full height bronze of Earl Mountbatten overlooking Horse Guards Parade. He was also something of a specialist in portraits of Churchill. 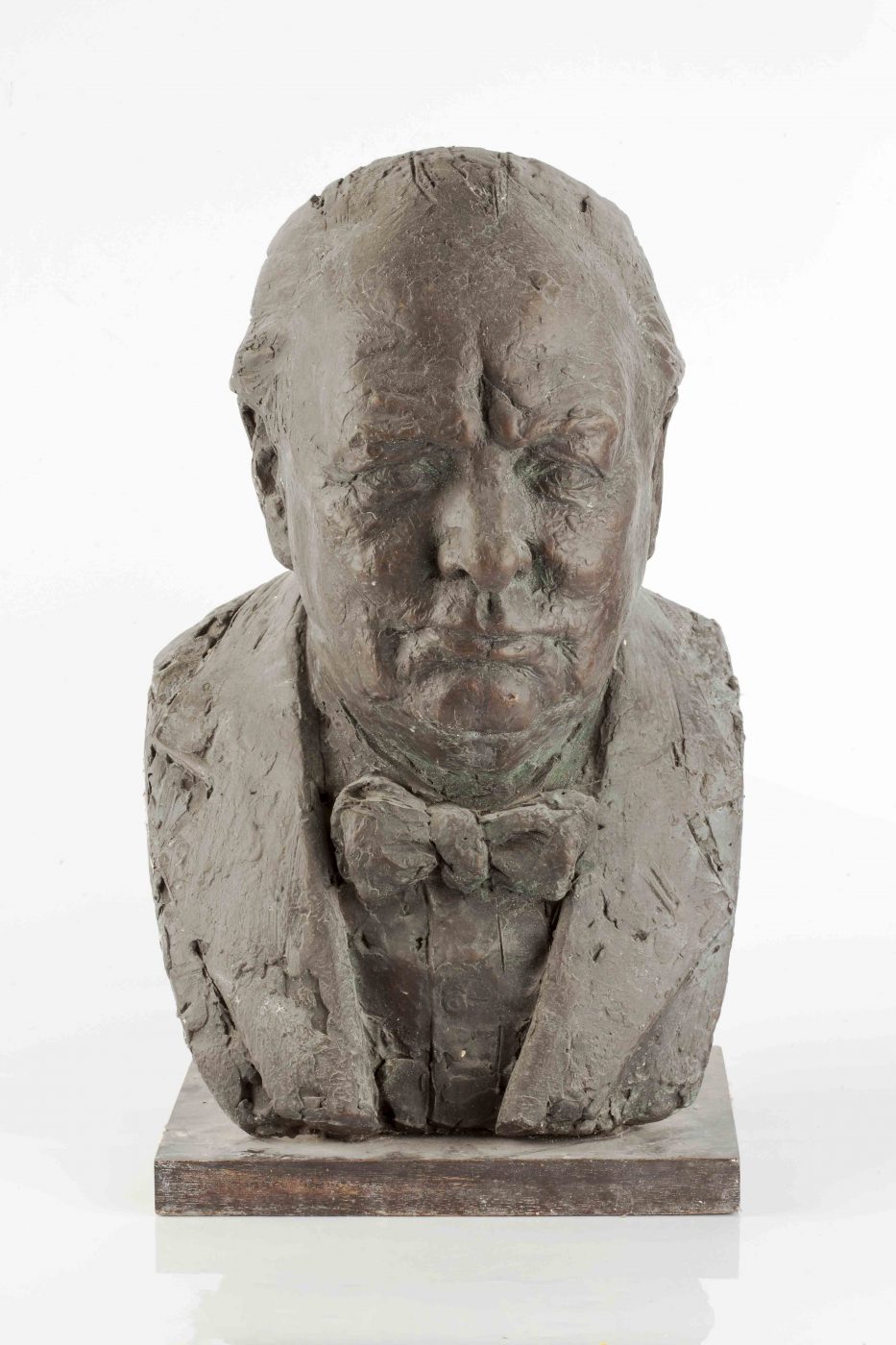 Collections: The Franta Belsky Estate until 2017.

Exhibited: The Society of Portrait Sculptors 1971 (catalogue not found).

This is a study for the over life-size statue of Churchill commissioned by Westminster College, Fulton, Missouri in May 1971. The statue commemorated Churchill’s famous speech at Fulton in 1946, during which he used the phrases ‘Iron Curtain’ and ‘special relationship’ for the first time.

Churchill never sat formally for Belsky but the artist had already had the opportunity to study the former Prime Minister at close quarters when Churchill reviewed the Free Czech Brigade during the War.