One of the best known British pop artists, Blake is considered to be a prominent figure in the pop art movement.  His works centre around his interest in images from popular culture, often using painting and collage. In 2002 he was knighted for his services to art. 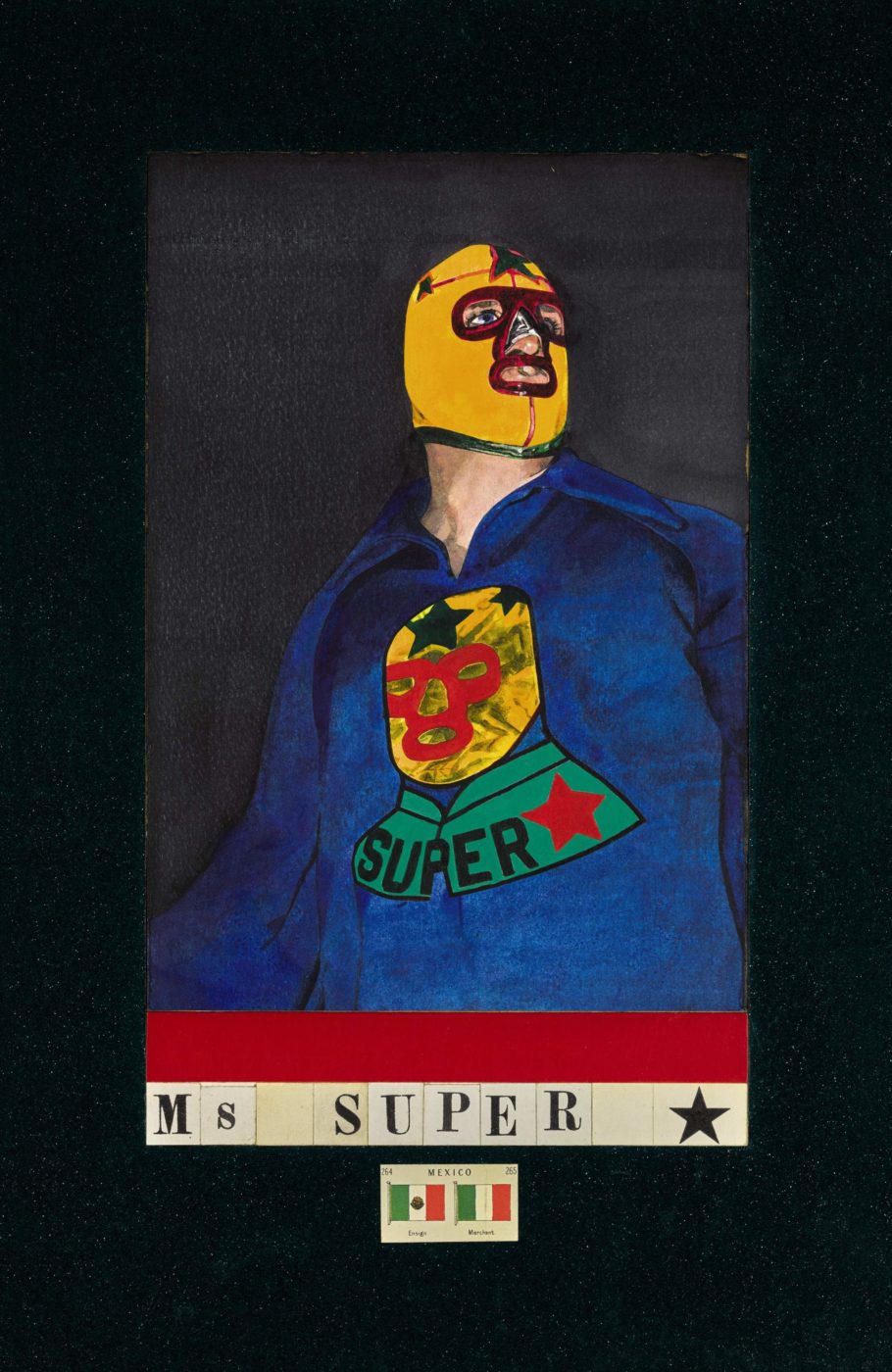 Watercolour, gouache and ink on paper with printed collaged elements on a glitter prepared mount
18 x 12 in (46 x 30.5 cm)