Sculptor, draughtsman and teacher. She studied at Guildford School of Art, 1949-53, under Willi Soukop and Bernard Meadows. She taught at Chelsea School of Art from 1951-61, St Martin’s School of Art, 1954-62, and at the Royal College of Art from 1965-67. After early exhibiting with the London Group, Frink had a one-man show at St George’s Gallery in 1955 and four years later at Bertha Schaefer Gallery, New York. Over the years she established herself as a sculptor concerned with themes, such as goggle men, running men and horses with and without riders. She also worked on many major public commissions, such as Wild Board for Harlow New Town; Blind Beggar and Dog at Bethnal Green and a noble horse and rider on Piccadilly. 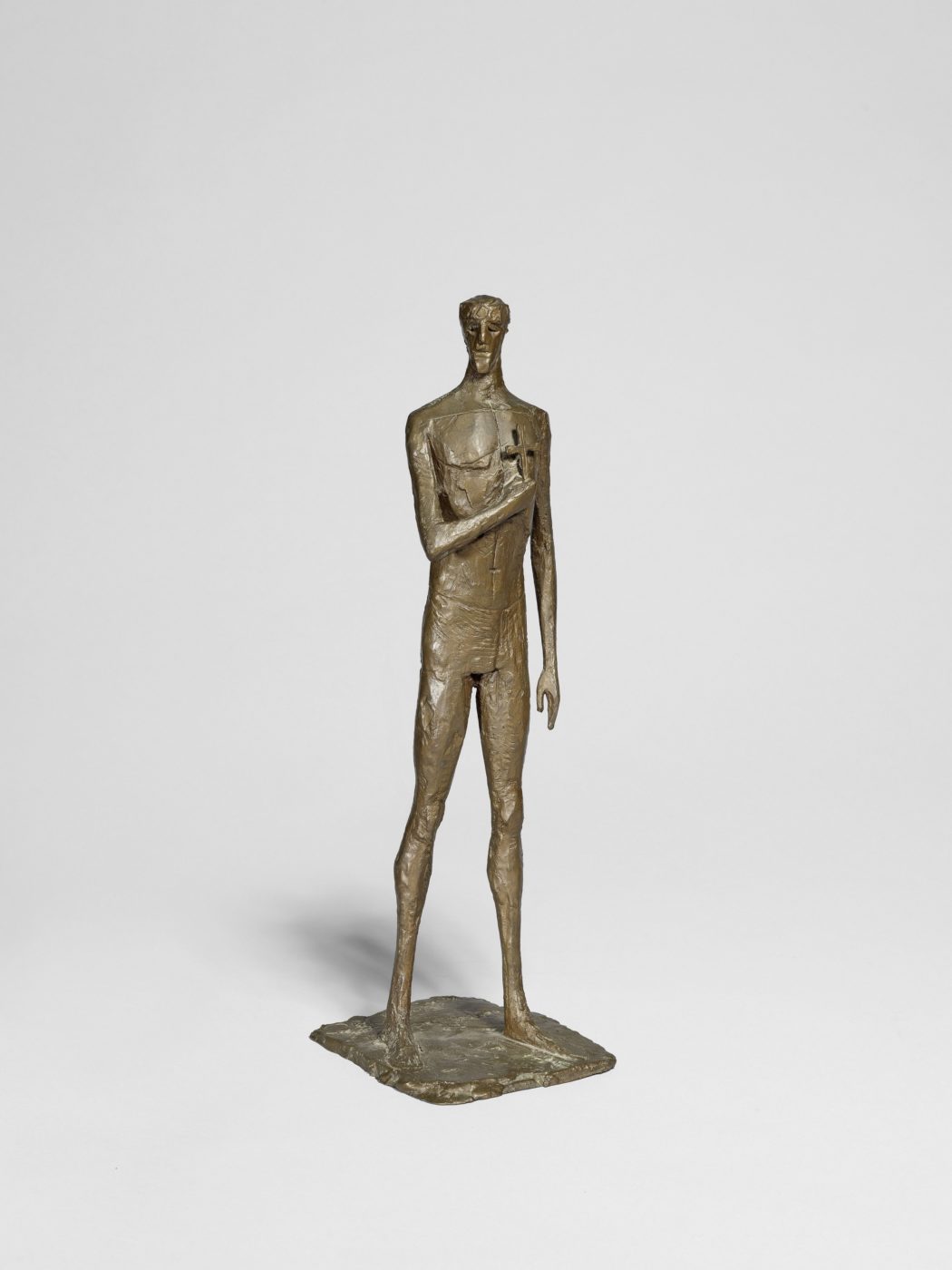 St. Edmund is the first patron saint of England. He fought alongside King Alfred and was killed by the Vikings for failing to renounce his Christianity. Edmund was the King of East Anglia and the large scale sculpture was commissioned by the father of the present owner’s maquette for the town centre in Bury St Edmunds. The sculpture now stands in the grounds of the Cathedral.