Hockney studied at Bradford School of Art and the Royal College of Art. He first gained attention and national fame even before he graduated from the Royal College in 1962. During his time at the RCA Hockney won a gold medal and the Guinness award for Etching in 1961. He was awarded a prize in the junior section of the John Moores Liverpool Exhibition in 1961 and in the Graphics Section of the Paris Biennale in 1963. Exhibited as a pop artist with a one-man show at the Kasmin Gallery in 1963. He was given a retrospective exhibition of Paintings, Prints and Drawings 1960-70 at the Whitechapel Gallery in 1970. Hockney has been perpetually in the limelight and has gained a reputation for his success in drawings, witty etchings, double portraits and inventive photo collages. A major retrospective covering all aspects of his work was held at Tate Britain in 2017. 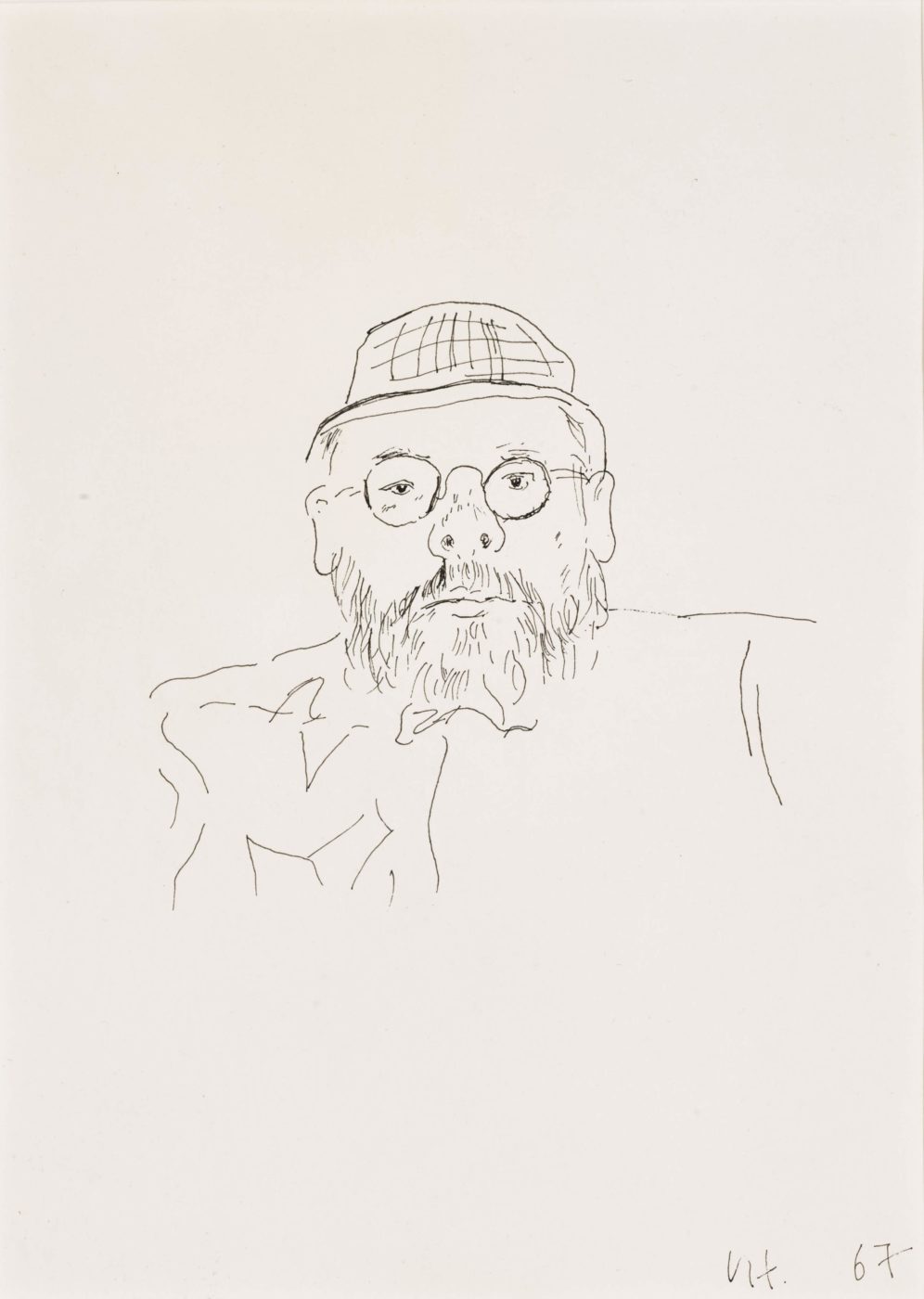 This is one of the earliest in the long series of drawings of Henry Geldzahler (1935-1994) - one of the artist’s most celebrated and instantly recognisable models. The two met in Andy Warhol’s studio in 1963 becoming close friends and travel companions.

Geldzahler was Curator of American Art at The Metropolitan Museum and subsequently the museum’s first Curator for 20th Century Art. In 1967, the year of this drawing, he took temporary leave from The Museum to become the first Director of The Visual Arts programme of The National Endowment for The Arts.

In his Introduction to Hockney’s autobiography in 1974 Geldzahler wrote ‘’Hockney has never been interested in the commissioned portrait. As he has become increasingly fascinated by exactly how things look and in finding ways to paint things with greater veracity, he has turned quite naturally to drawing and painting his close friends again and again. They are his guitar, absinthe bottle and journal, the objects of his affection (David Hockney by David Hockney ,1974, P.9).