James Dickson Innes was a British painter, mainly of mountain landscapes but occasionally of figure subjects. He worked in both oils and watercolours. Art historian David Fraser Jenkins wrote of his art: “Like that of the fauves in France and the expressionists in Germany, the style of his work is primitive: it is child-like in technique and is associated with the landscape of remote places.”

He was born on 27 February 1887 in Llanelli, in south Wales. His father, John Innes, who was Scottish, was an historian and had an interest in a local brass and copper works; his mother was of Catalan descent. He had two brothers, Alfred and Jack.

He was educated at Christ College, Brecon, following which he studied at the Carmarthen School of Art (1904–05), where he won a scholarship to the Slade School of Art, London (1905–08). His teachers at the Slade included Philip Wilson Steer.

From 1907 he exhibited with the New English Art Club; and in 1911 he became a member of the Camden Town Group. Other members included Walter Sickert, who was an influence on Innes’s art, and Augustus John with whom Innes became friends.

In 1911 he had a joint exhibition with Eric Gill at the Chenil Gallery, London: “Sculptures by Mr Eric Gill and Landscapes by Mr J. D. Innes”. In 1913 Innes exhibited in the influential Armory Show in New York City, Chicago and Boston.

The Welsh politician and philanthropist Winifred Coomb Tennant (1874–1956) was an important patron of his work.

In 1911 and 1912 he spent some time painting with Augustus John in the Arenig valley in North Wales; but much of his work was done overseas. Having been diagnosed with tuberculosis, he was prescribed foreign travel and spent time in France (1908–1913), notably at Collioure, and also in Spain (1913) and Morocco (1913). Eventually, on 22 August 1914, at the age of twenty-seven, he died of the disease at a nursing home in Swanley, Kent.

Innes was unusual for a British artist of that time, because of his bold painting style, more attuned to the French post-impressionists. It has been argued his distinctive style led the way for British artists such as David Hockney.

In 2014 an exhibition of Innes’ works was held at the National Museum of Wales, Cardiff. 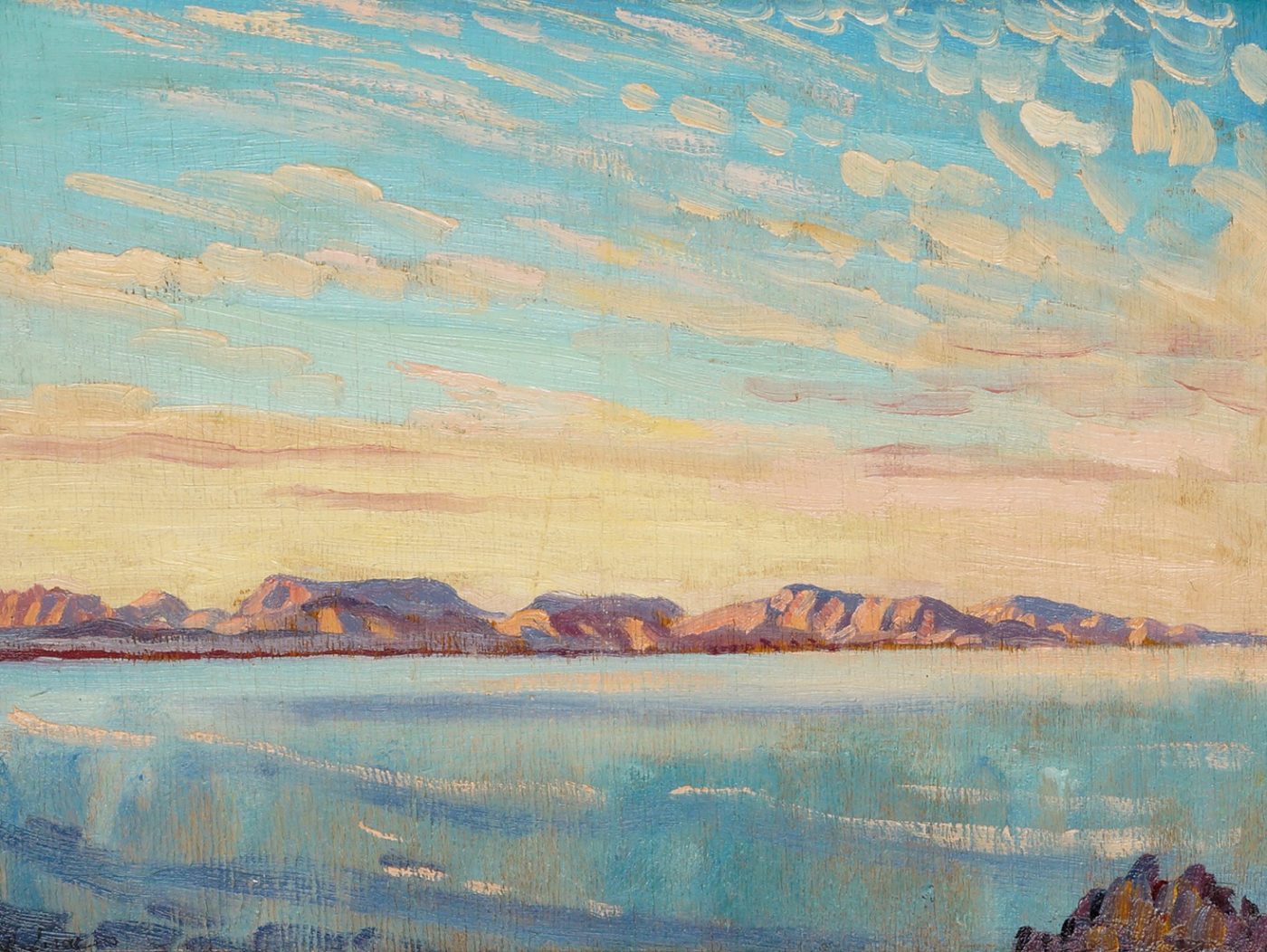 Innes visited Collioure in The South of France first in 1908 and subsequently in 1910 and 1912. Collioure was a centre of artistic activity at this time, popular with artists such as Derain, Braque, Matisse and Picasso. This picture was formerly in the famous collection formed by Wilfrid Evill.

Evill was a solicitor who represented Spencer, Sutherland and the young Lucian Freud and was a buyer for The Contemporary Art Society. His collection passed to his ward Honor Frost and was dispensed in a famous series of sales at auction in 2011.