John was a Welsh painter, draughtsman and etcher. Born in Tenby, Pembrokeshire, he was the the third of four children. He studied at the Slade School of Art (1894-98) and was associated with the New England Art Club and the Camden Town Group. For a short time around 1910, he was an important exponent of Post-Impressionism in the UK, but generally remained largely independent from artistic trends and movements. By the 1920s he was the leading portraitist of his day whose sitters included distinguished contemporaries such as George Bernard Shaw and T.E. Lawrence. He was elected to the Royal Academy in 1928. Alongside these achievements his lifestyle epitomised that of the bohemian artist, a reputation bolstered by his fascination with Romany culture. He was the brother of the artist Gwen John.

He married his first wife, Ida Nettleship, in early 1900; the couple had five children together. Following her death in 1907, his mistress Dorothy ‘Dorelia’ McNeill, a bohemian style icon, became his partner and later his second wife, with whom he had two further children. One of his sons, from his first marriage, was the prominent British Admiral and First Sea Lord Sir Caspar John. His daughter Vivien John was a notable painter. His family are recurring subjects in his work. 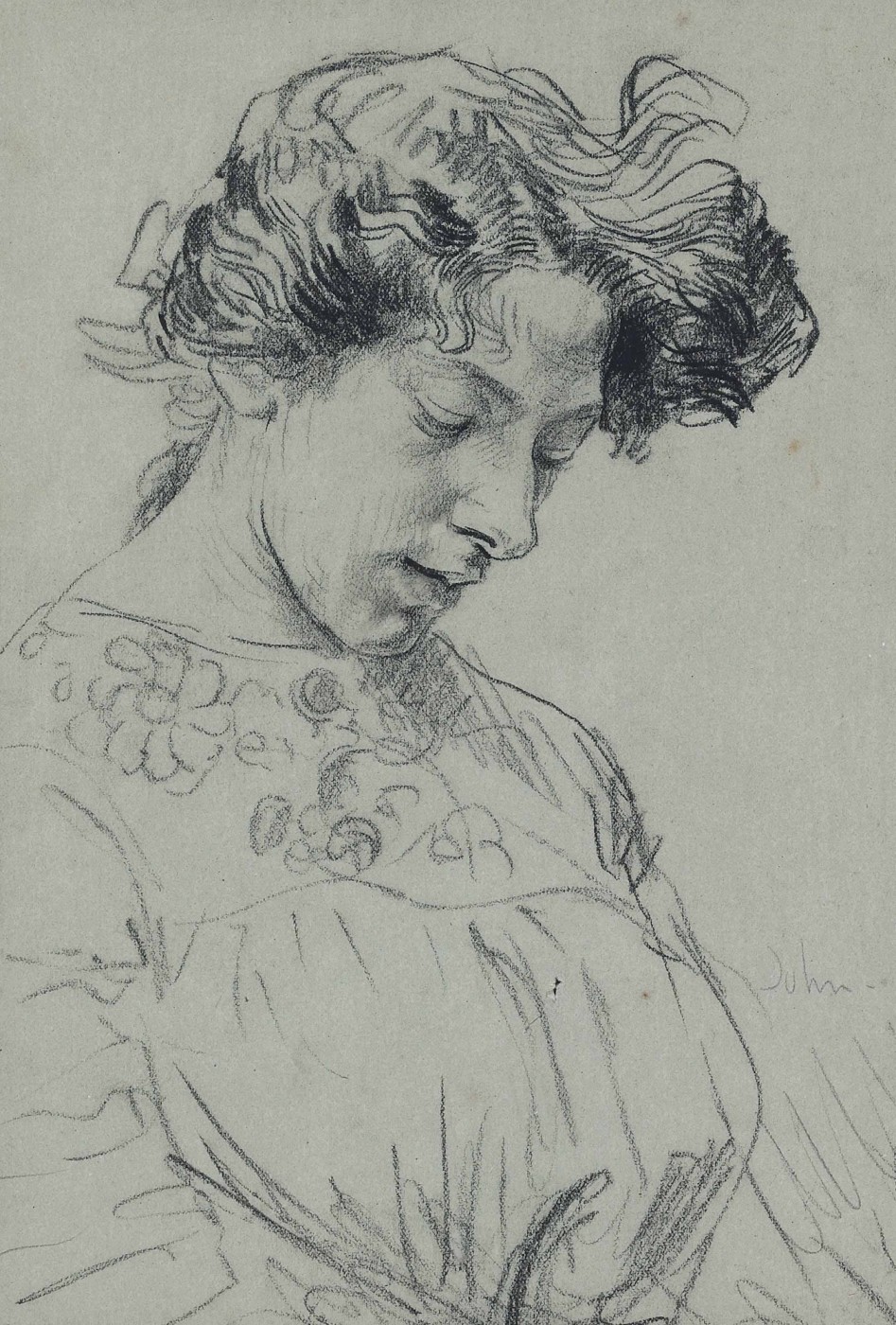 ‘Esther’ Cerutti (as John called her) was an Italian singer, who lived on the ground floor of Fitzroy St. John made a portrait of her in 1902, now in the Manchester City Art Gallery, an etching and several drawings. The present drawing dates to c. 1903.