Knight was an English artist who worked in oils, watercolours and various printing methods. Knight was a painter in the figurative, realist tradition, who embraced English impressionism. In her long career, Knight was among the most successful and popular painters in Britain. Her success in the male-dominated British art establishment paved the way for greater status and recognition for women artists.

She was made a Dame in 1929 and in 1936 she was the second ever female artist to be made a full member of the RA. Her major retrospective there in 1965 was the first ever for a woman. She was well known for painting and drawing within the theatre and ballet world. 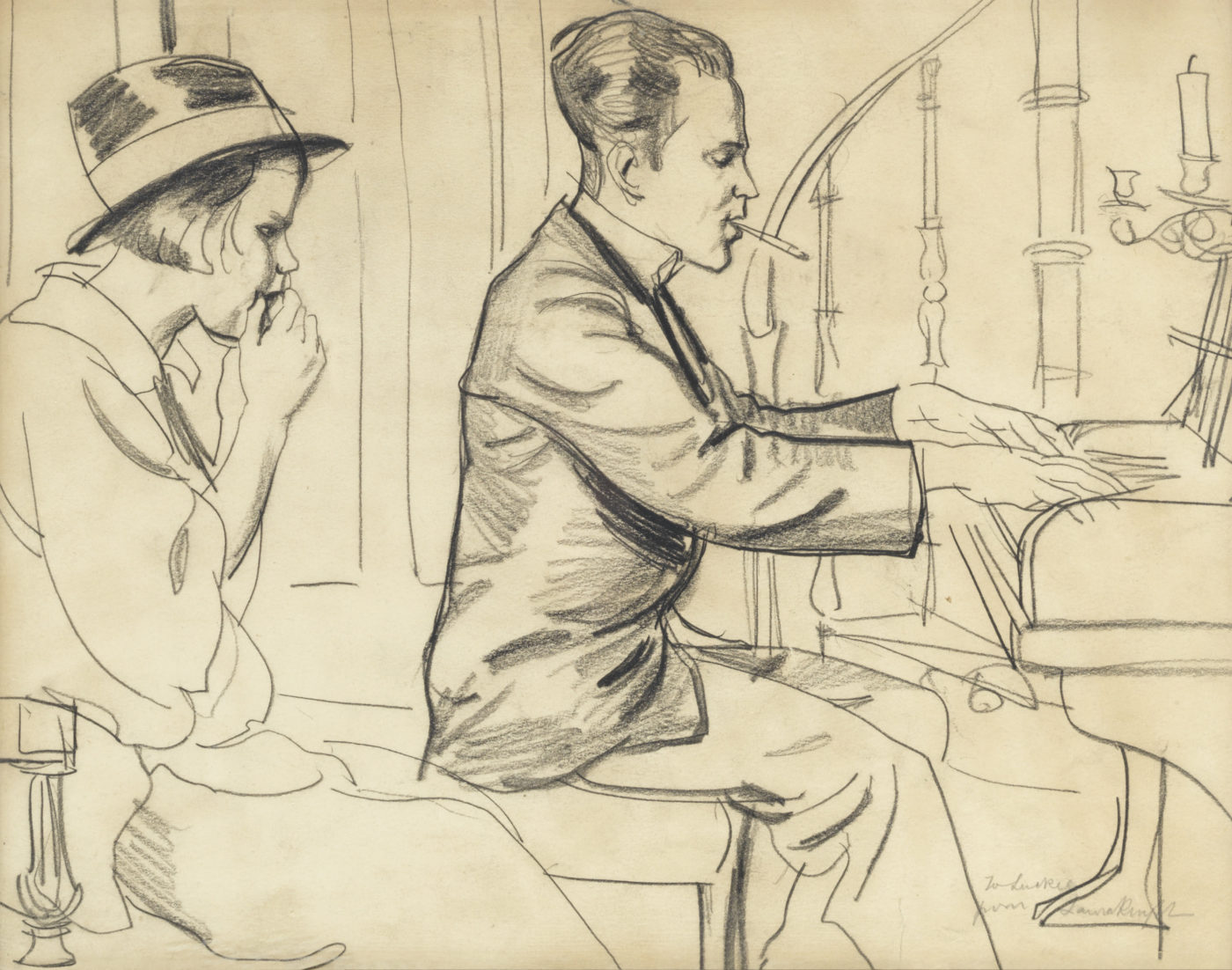 Leighton Lucas (1903-1982) was a ballet conductor and celebrated composer best known for scores for films such as Ice Cold in Alex and The Dambusters. Knight would have been familiar with him as he was a dancer in Sergei Diaghilev’s Ballet Russes and she had received permission from Diaghilev to sketch back-stage. Claribel was Luckie’s sister and an accomplished musician in her own right.
We are grateful to R .John Croft for pointing out that the Knights used to hold regular musical soirees in the Longfold Place studio.