George Peter Lanyon was a Cornish painter of abstract landscapes. He was one of the most important artists in post war Britain and despite his early death at just 46 he produced an impressive body of work.

He was initially influenced by the St Ives school of artists, including Ben Nicholson and Barbara Hepworth, who were drawn to the fishing village by the dazzling light and the cheap rents. Lanyon had his first one-man exhibition at the Lefevre Gallery in London in 1950 and began teaching at the Bath Academy of Art, Corsham, until 1957. From 1957-60 he ran an art school, St Peter’s Loft at St. Ives with Terry Frost and William Redgrave.

In 1957 he visited New York for a one-man exhibition at the Catherine Viviano Gallery, where he met Mark Rothko and Robert Motherwell.

Lanyon began gliding in 1959 which had a great impact on his painting and print-making. He died in Taunton on 31st August 1964 as a result of injuries he received in a gliding accident. 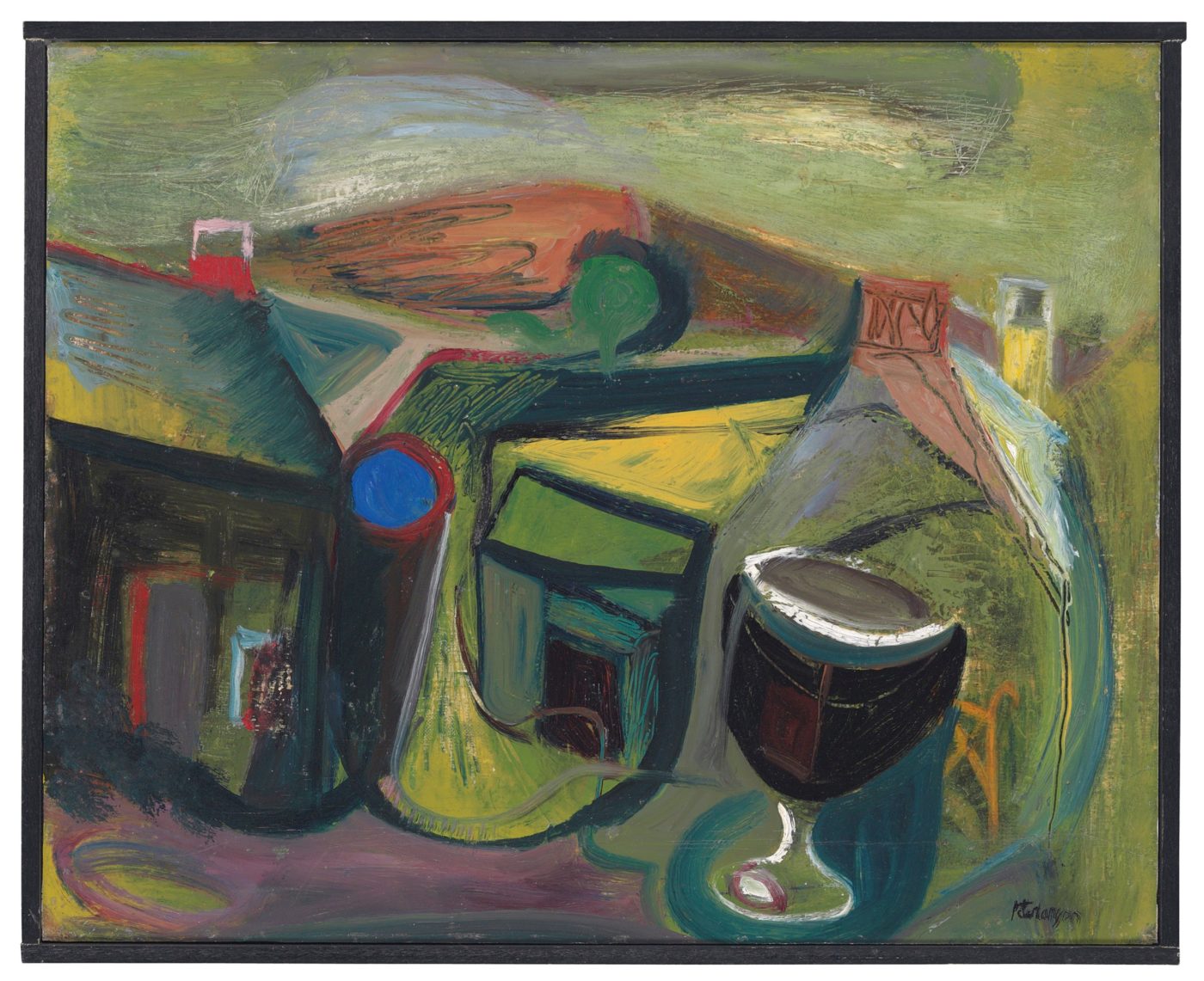