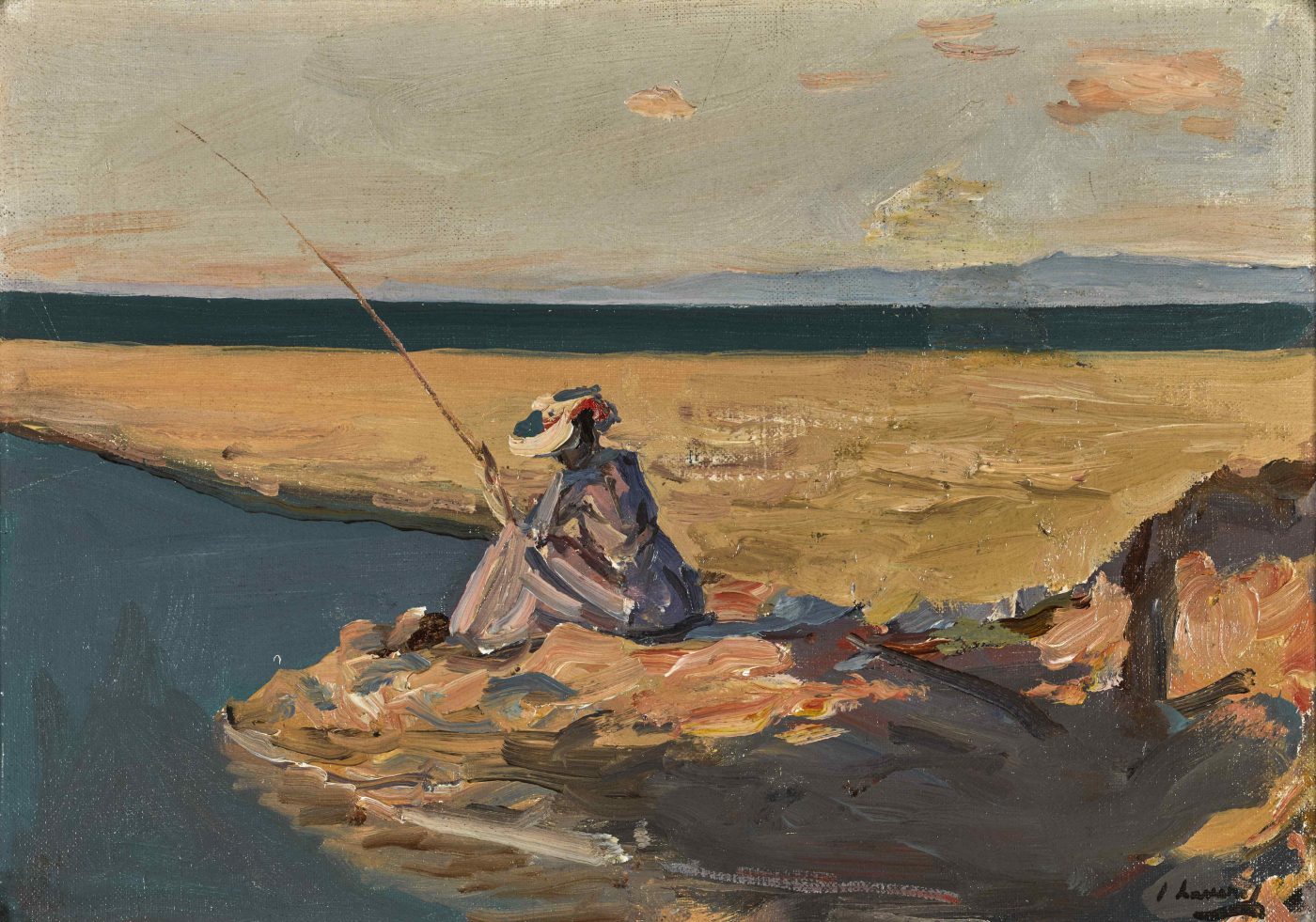 Lavery first went to Tangiers in 1891. He established a studio in the town twelve years later and made annual winter visits until the outbreak of the First World War

We are indebted to Professor Kenneth McConkey for identifying the probable location of the present painting as an area to the east of the Medina, where during winter rains a stream known as the ‘Jews River’ flowed into the sea. The site was popular with the artist’s wife Hazel, her daughter Alice and Lavery’s daughter Eileen. There are a number of delightful plein air studies of the family done at this time.