In the 1950s Middleditch devoted himself mainly to painting natural themes. His work over the following decades concentrated chiefly on the elements: from the weight of a huge hillside to the lightness of sunshine on water or darting through foliage. Inspired by kilims and Persian carpets, his work became increasingly abstract and stylised. He also used stencilling to create decorative patterns. 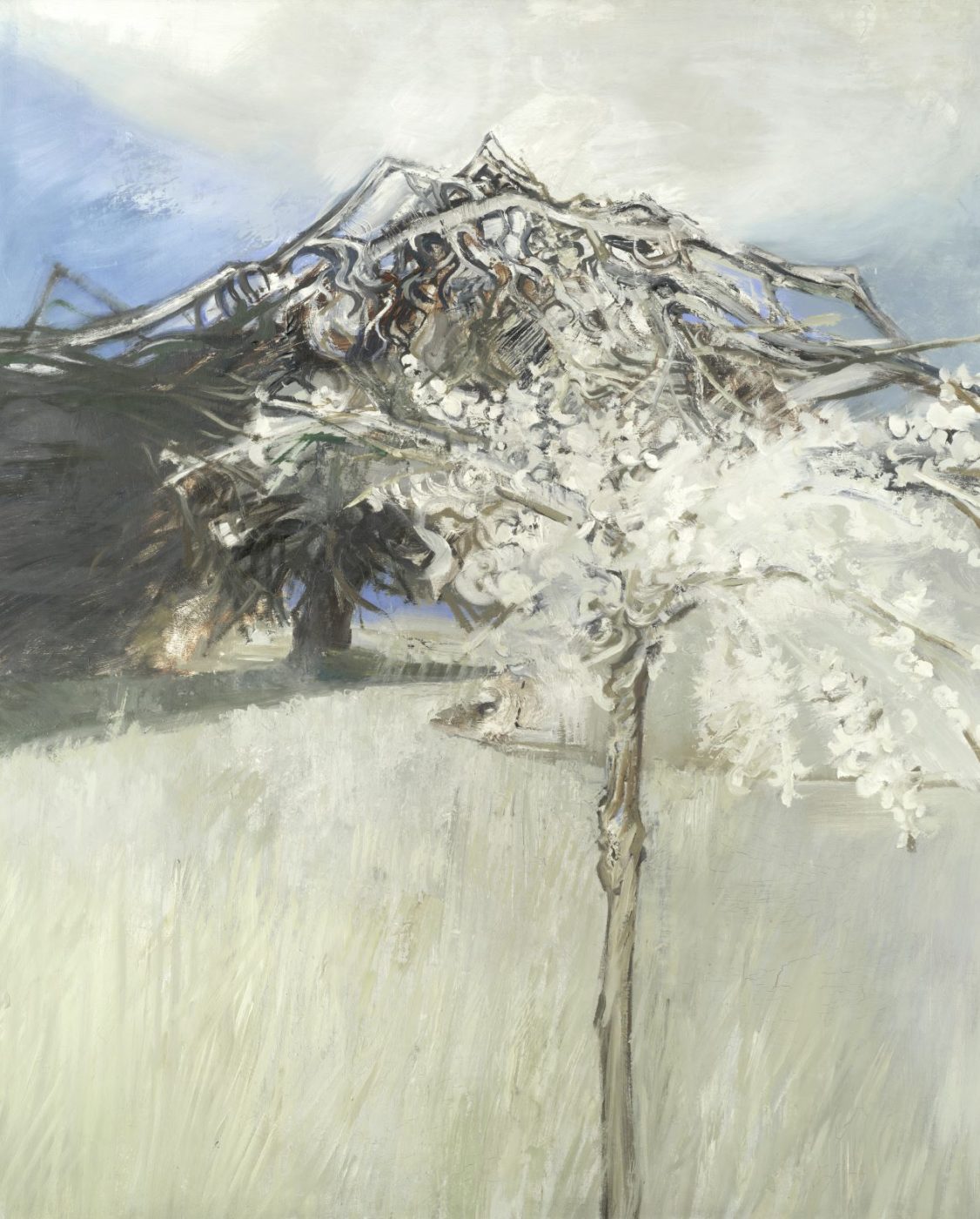 This extensively exhibited picture was shown first at the Beaux Arts Gallery in London in February 1956 and later in the same year at the XXVIII Venice Biennale in the young painters section of The British Pavilion. Middleditch showed alongside his fellow RCA graduates John Bratby, Derrick Greaves and Jack Smith-the so called ‘Kitchen Sink’ group.
The movement, whose name was coined in an article by David Sylvester, reaches its apogee in the 1956 Biennale. The artists were diverse in nature but shared what J.P.Hodin in the catalogue of the Exhibition described as a desire, in the face of the dominance of Abstract art, ‘’to re-gain firm ground for the objectively visible world’’.