Born in Castleford, Yorkshire, he attended Leeds School of Art from 1919-21. In 1921 Moore won a Royal Exhibition Scholarship to study sculpture at the Royal College of Art. He taught at the Royal College from 1924-31 and at Chelsea School of Art from 1932-39. He was given his first one-man show in 1928 by the Warren Gallery and in the same year he gained his first public commission – to carve a relief in stone for a facade of the new Underground Building, London.

Moore was a member of the Seven and Five Society from 1931 and he was invited to join Unit One; a group whose members included Edward Burra, Barbara Hepworth, Ben Nicholson and Edward Wadsworth. In 1946 Moore was given his first overseas retrospective at the Museum of Modern Art, New York. In 1948 he won the International Sculpture Prize at the Venice Biennale. He had retrospectives at the Tate, London, in both 1951 and 68. And he won first prize at the Sao Paulo Biennale in Brazil in 1953.

Moore was a trustee of the National Gallery from 1955-74 and in 1977 he formed the Henry Moore Foundation at Much Hadham in Hertfordshire. 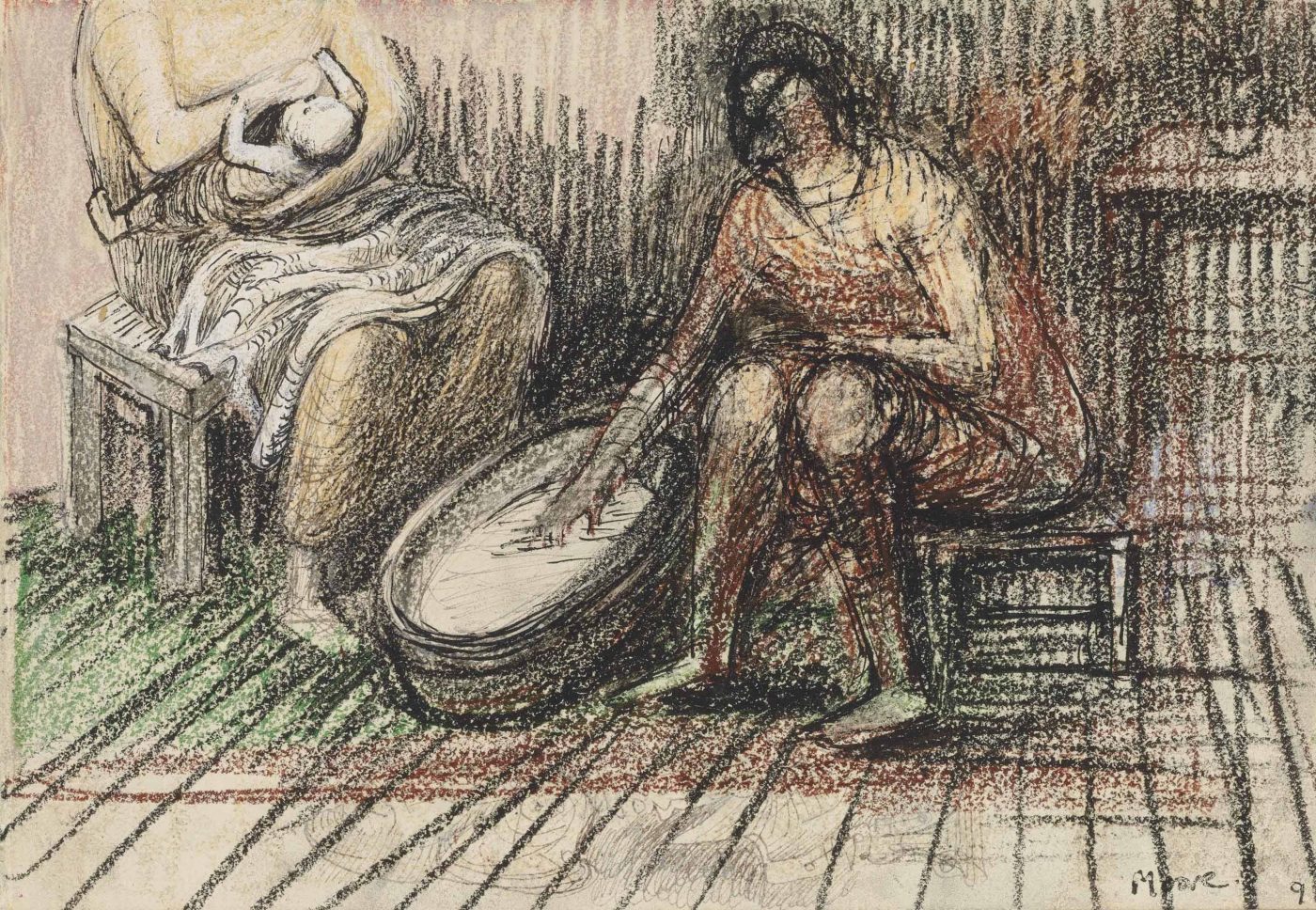