William Nicholson was born in Newark, Nottinghamshire, the youngest son of William Newzam Nicholson, an industrialist and Conservative MP for Newark, and his wife, Anne Elizabeth Prior.

William Nicholson was a painter of still-life, landscape and portraits. He also worked as a wood-engraver, illustrator, author of children’s books and theatre designer.  He was briefly a student at Hubert von Herkomer’s art school, where he met his future wife, Mabel Pryde. From the autumn of 1891 he attended the Académie Julian in Paris for six months, returning soon after to Newark.

Following his marriage to Mabel Pryde in Ruislip in 1893, the couple went to live in Denham, Buckinghamshire, where they were joined by Mabel’s brother, James, and soon afterwards by Ellen Terry’s son, Edward Gordon Craig and his wife May. William and Mabel Nicholson had four children:  the eldest, Ben, became the celebrated St. Ives artist. Following the death of Mabel in 1918, William married in 1919 Edith Stuart-Wortley, widow of Sir John Stuart-Wortley and artist in her own right. Their daughter, Liza, was born in 1920.

From 1893 to 1898 Nicholson collaborated with his brother-in-law, James Pryde, on poster design and other graphic work, including signpost painting and book illustration. He also provided illustrations and cover designs for several of the early books of his son-in-law, Robert Graves. Nicholson’s books for children all date from the1920’s.

Encouraged by Whistler, Nicholson concentrated on painting from about 1900, first exhibiting at the International Society, where Whistler was President. Many exhibitions of his work have been held at major museums and galleries throughout the UK and Europe including the National Gallery, London. Throughout his impressive career, Nicholson’s work was imbued with the effects of light produced by oils, resulting in subtle effects of darkness, shadow, reflection and illumination.

Nicholson turned down consideration for election to the Royal Academy in 1926 but became a Trustee of the Tate Gallery in 1934 for five years. He was knighted in 1936. 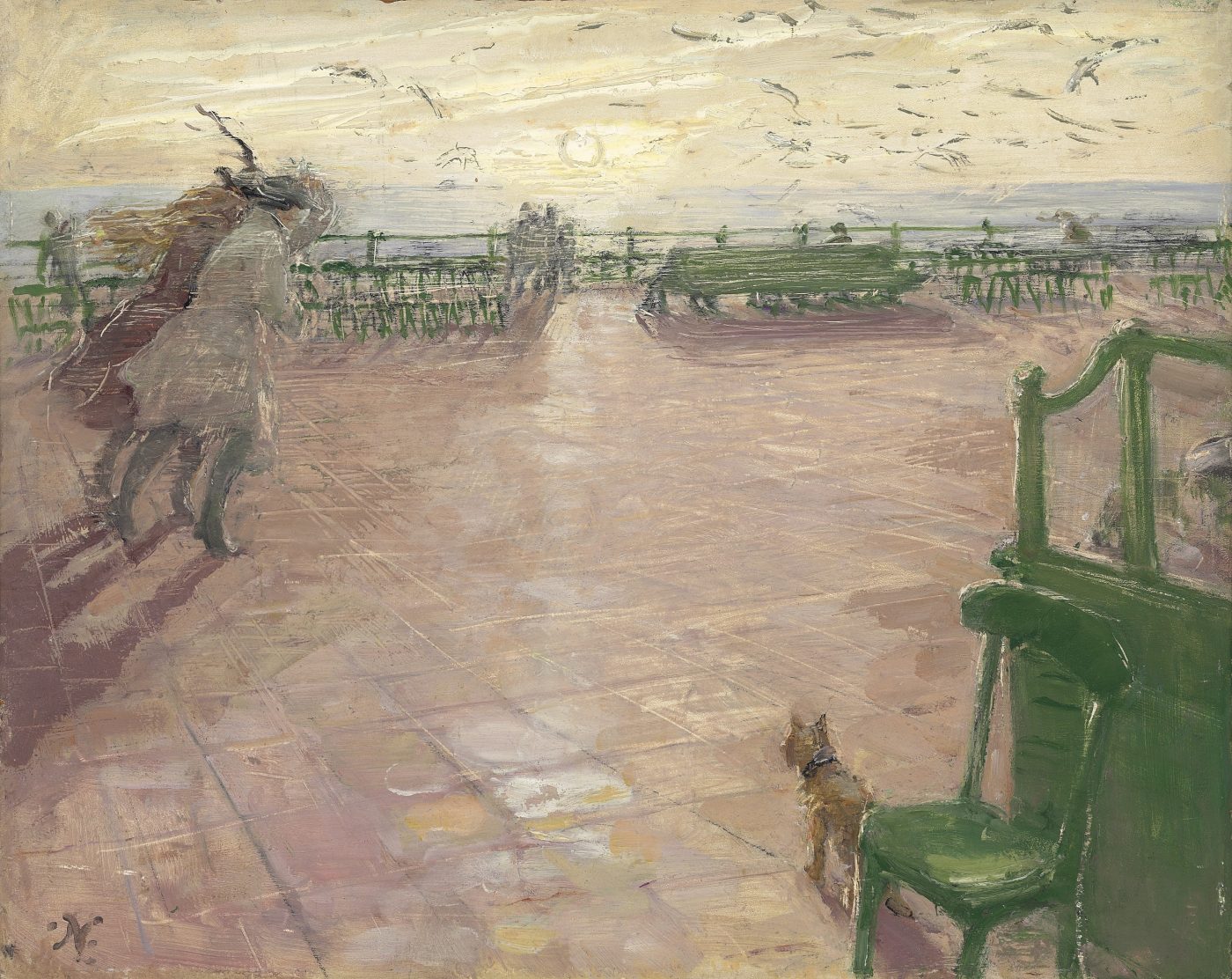