Oppenheimer was born in Germany and studied art even before he was old enough to enrol at Munich Academy of Art. Eventually at 16 he was admitted to formally study at the Academy. He then went on to study in Rome, London and New York. He settled in the US for sometime where he met John Singer Sargent and James Whistler. He earned a reputation as a modern impressionist portrait painter and took on many commissions in Germany and abroad.

He moved back to Germany when he got married but continued to spend time in London where he was particularly fond of the Thames and often stayed in Henley during his visits. He later moved to Britain permanently and gained his British Citizenship in 1939. From 1934 to 1965 he was a member of the Royal Society of Portrait Painters in London, where he produced works adapted to the British impressionist style that were accepted for exhibition on a regular basis. Though there are some key pictures in public collections, the vast majority of his paintings are held in private hands. 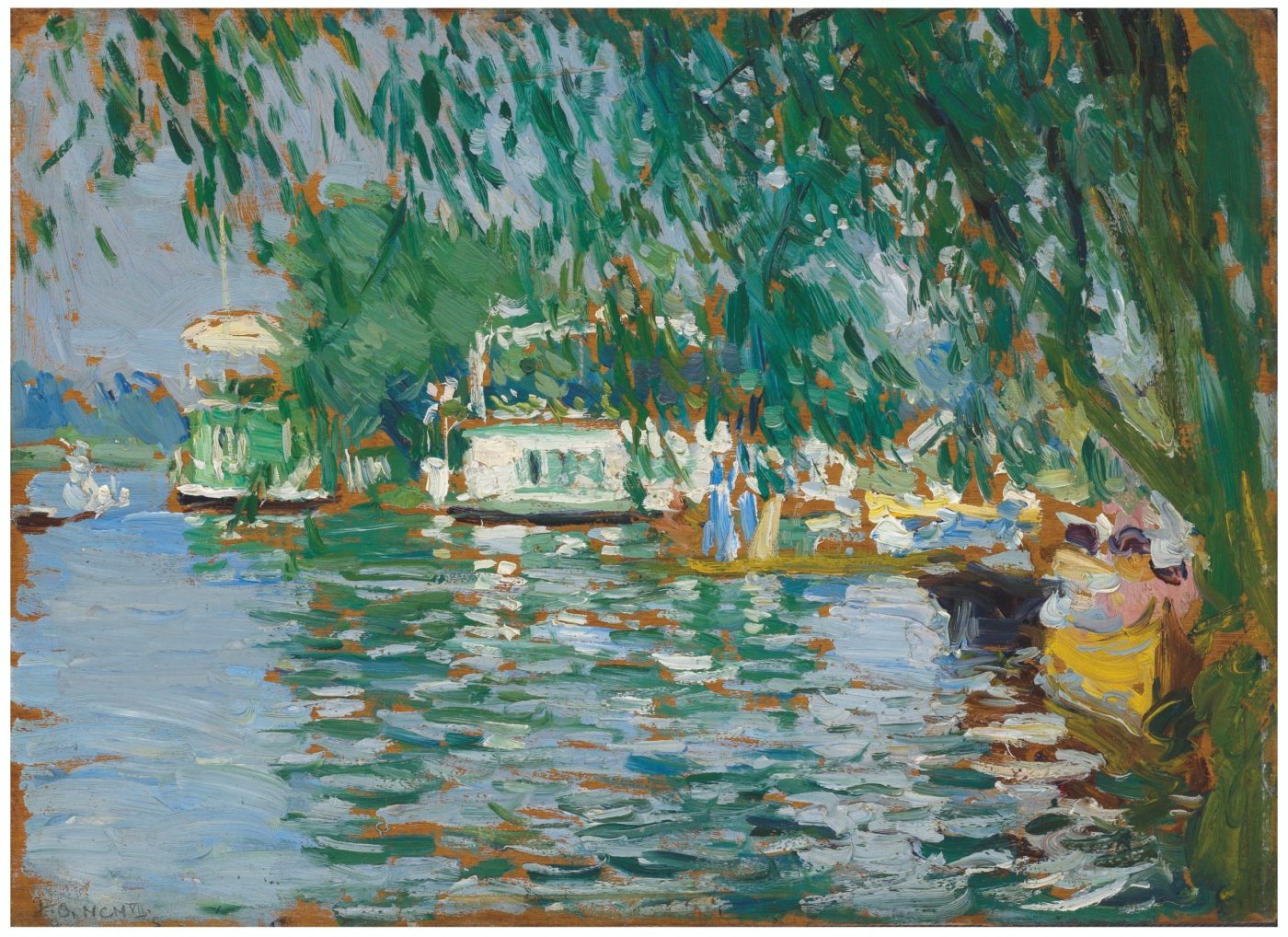 Collections: With Agnews in 1994 when sold to Mr and Mrs Hugh Sassoon

Oppenheimer was born in Bavaria. He trained in Munich and before moving to London in 1896 travelled in The Middle East, Italy and America. He exhibited at The RA from 1904 for 50 years and lead an itinerant life with spells in Germany, America and Canada. At the time of the present work he was best known as a fashionable portraitist with a thriving practice at his studio in the Pheasantry on The King’s Rd.He was also drawn to the splendours of Edwardian society on show at Henley Regatta and produced a glorious series of plein air views of the subject.His presentation picture to his home museum at Mannheim in 1909 was a view of The Regatta. Oppenheimer is considered a leading figure of British Impressionism (see Kenneth McConkey Impressionism in Britain,The Barbican Art Gallery 1995) with these type of views "reminiscent of Monet and Renoir" (McConkey op cit p.62).