Bryan Organ is considered one of the leading English portrait painters of the 20th Century. His paintings have included portraits of prominent public figures and of members of the British Royal Family.  London’s National Portrait Gallery holds a total of 16 of his portraits of which 6 were commissioned by the Gallery’s Trustees.

Organ lives and works in Leicestershire and London. He is a godfather to Prince Harry, Duke of Sussex. 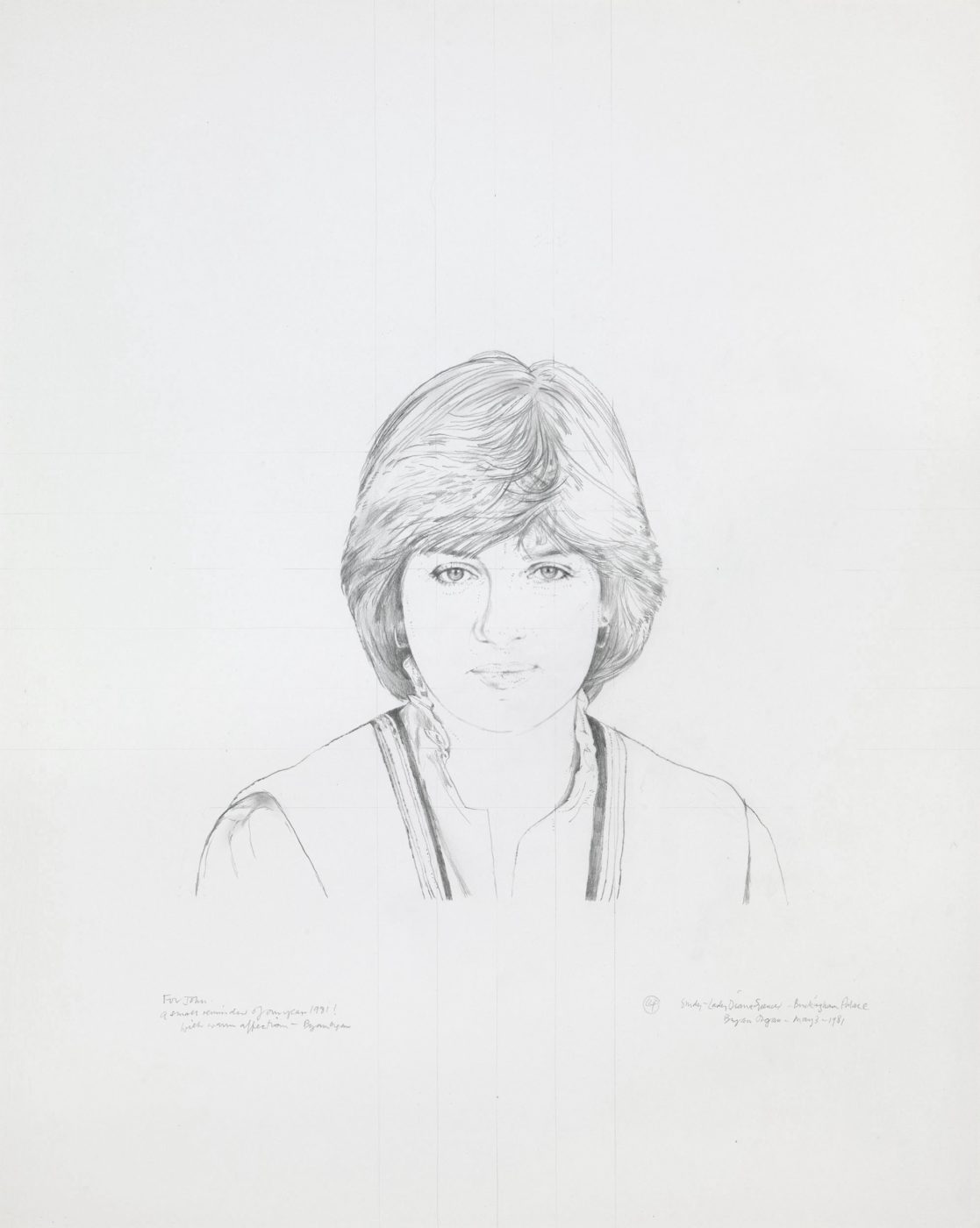 This is the most finished of the four studies Bryan Organ made for The National Portrait Gallery commission to paint the newly engaged Princess of Wales in the Spring of 1981.

The finished portrait was seen by an estimated 100,000 visitors in the time between its unveiling at the Gallery and The Royal Wedding three days later.

Organ’s portrait is one of the most famous images of the period, its popularity reflecting the poignancy of the occasion. As John Cooper writes in Great Britons : The Great Debate :’’In different circumstances she (The Princess of Wales) would have grown older and more regal, the subject of dozens of dignified, official portrait paintings. The National Portrait Gallery would have collected a series of canvases milestoning her advancing years…Bryan Organ’s portrait stands alone and now seems to symbolise the world from which she escaped, the tight frame of the background prophetically constricting’’.

The present drawing was given by the artist to John Hayes, Director of The NPG at the time of the commission.