Remfry, studied at Hull College of Art from 1959 to 1964 before moving to London. His first one-man show was at the Grafton Gallery in 1973 and in the USA at the Ankrum Gallery, Los Angeles, in 1980. He has exhibited regularly since then in galleries across the USA. Solo museum shows in England include the National Portrait Gallery and the Victoria and Albert Museum, London. Many exhibitions of his work have been shown in Holland and Germany. He lives and works in London and New York. Awarded the MBE in 2001, Remfry was elected Royal Academician in 2006.

David Remfry lived in New York – for many years at the Chelsea Hotel. Dancers are a particular subject of his and an exhibition of that name was held at the Boca Raton Museum of Art, Florida, in 2002 and subsequently toured, among other places, to the Fitzwilliam Museum, Cambridge, and the Ferens Art Gallery, Hull (city of the artist’s birth). 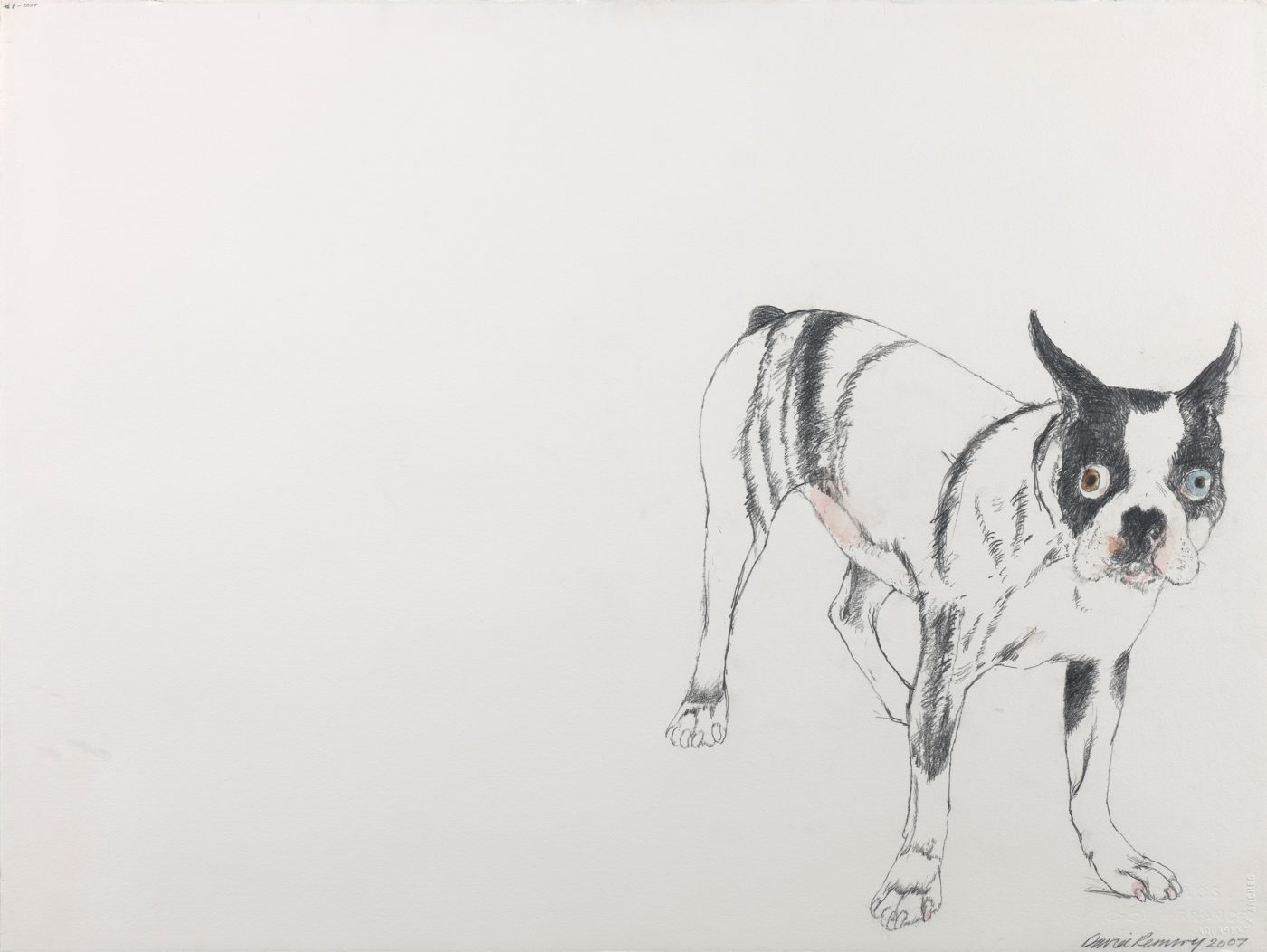 Collection: The Artist until 2017.

Exhibited: Pallant House Gallery David Remfry: We think the World of You, 2015.

Literature: David Remfry We think the World of You – People and Dogs drawn together, Royal Academy of Arts 2015, repr. p. 25.

Dino is a Border terrier belonging to Michael Pequez, a casual acquaintance of the artist at the Hotel Chelsea in New York. Remfry was particularly struck by Dino’s character and his different coloured eyes.

David Remfry is a long-established Royal Academician, who has had over fifty solo exhibitions, including shows at the Contemporary Art Center P.S.I. New York, The Boca Raton Museum of Art, Florida, the Victoria and Albert Museum, The Fitzwilliam Museum and the Ferens Art Gallery.

Until recently the artist lived at the famous Chelsea Hotel in New York and he was awarded the M.B.E. for services to British Art in America.