Initially influenced by Sickert and the Camden Town Group, and the portraiture of the Euston Road School, his work often has a narrative quality, with elements of humour and gentle satire.

Because he was wheelchair bound due to childhood polio, much of his work focused on his immediate surroundings. He rendered the citizens of Hammersmith relaxing in and around the local pubs, theatres and shops. A retrospective of Spear’s work was held at the Royal Academy in 1980. His work is represented in the Tate Collection.

A large number of Spear’s paintings are held in important public collections, including the Government Art Collection, Arts Council England, the National Portrait Gallery, the Imperial War Museum and the RA.

Spear is the father of musician Roger Ruskin Spear. 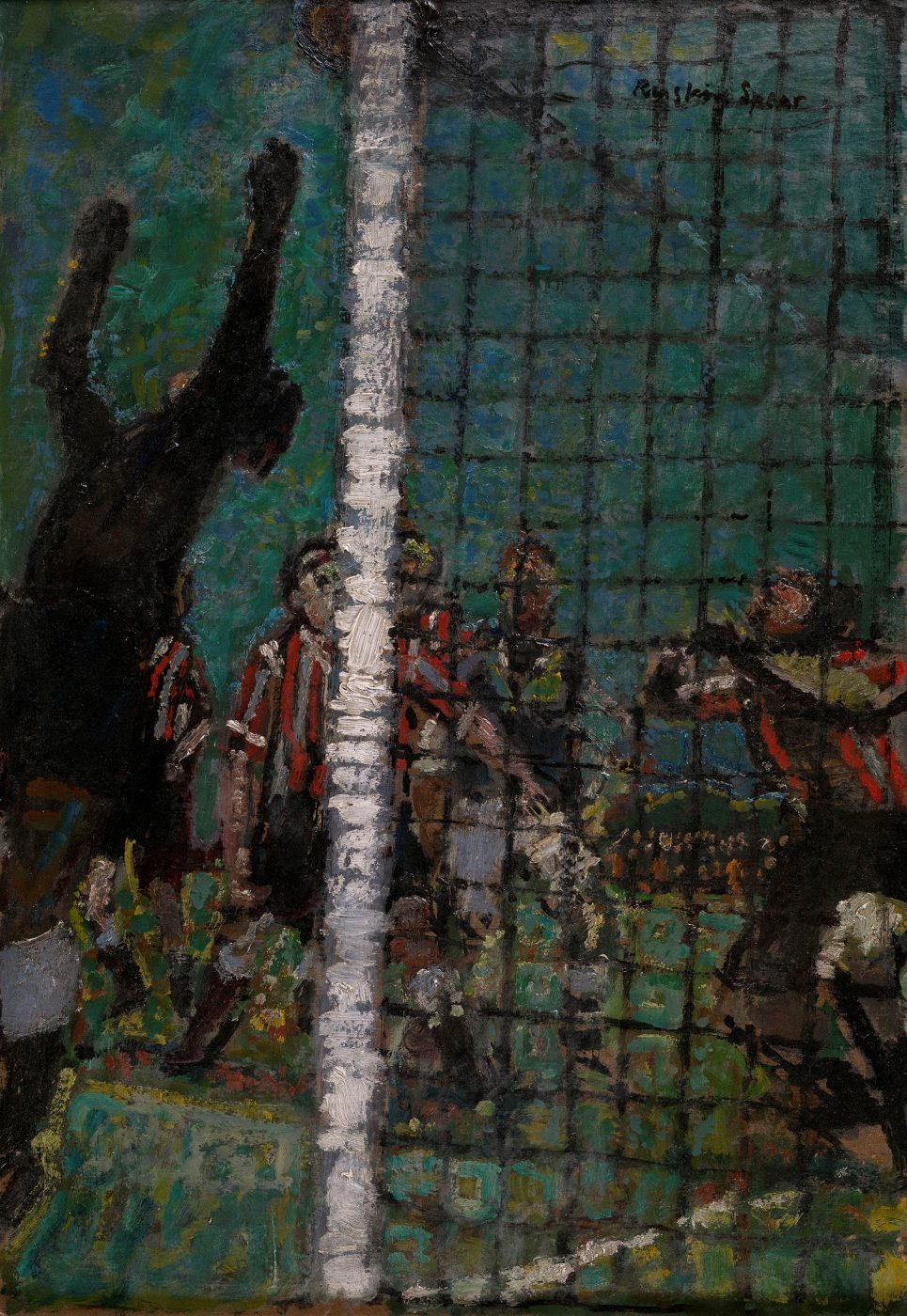