As a painter, writer and teacher, Sickert is the outstanding figure of his time in British Art. From the 1880’s to the 1930’s he produced a body of paintings, drawings and etchings unrivalled in its compelling vision, technical mastery and exhilarating changes of style and subject. Above all, he continually re-examined his practice, subject-matter and purpose with a single minded relish for his craft that was unique among his contemporaries. His writings published as A Free House!, constitute the wittiest most practical commentary on the paintings and painters of his era. Few collections of ephemeral journalism continue to instruct and delight long after their occasion is spent; Sickert’s still kick with life. As a teacher, continually opening and closing schools, his influence was proportionate to the independence of his students.  Some of them were simply knocked flat by the irresistible force of his personality. Far more beneficial was his effect on painters already, to some extent, formed. These he guided and encouraged at critical moments in their development, and several proved their allegiance by joining him in 1911 to form the Camden Town Group. As Actor-Manager of this first society in the 20th Century of progressive British artists, Sickert’s cosmopolitan and professional attitude confers on him an importance that is crucial to the history of modern British art. Under Sickert’s wings, the Camden Town Group became ‘one of this century’s very few successful, modern, realist movements’. His approach to the questions of what to paint – not simply how to paint – pressed from his colleagues and followers a solution to the most urgent problem of the day. 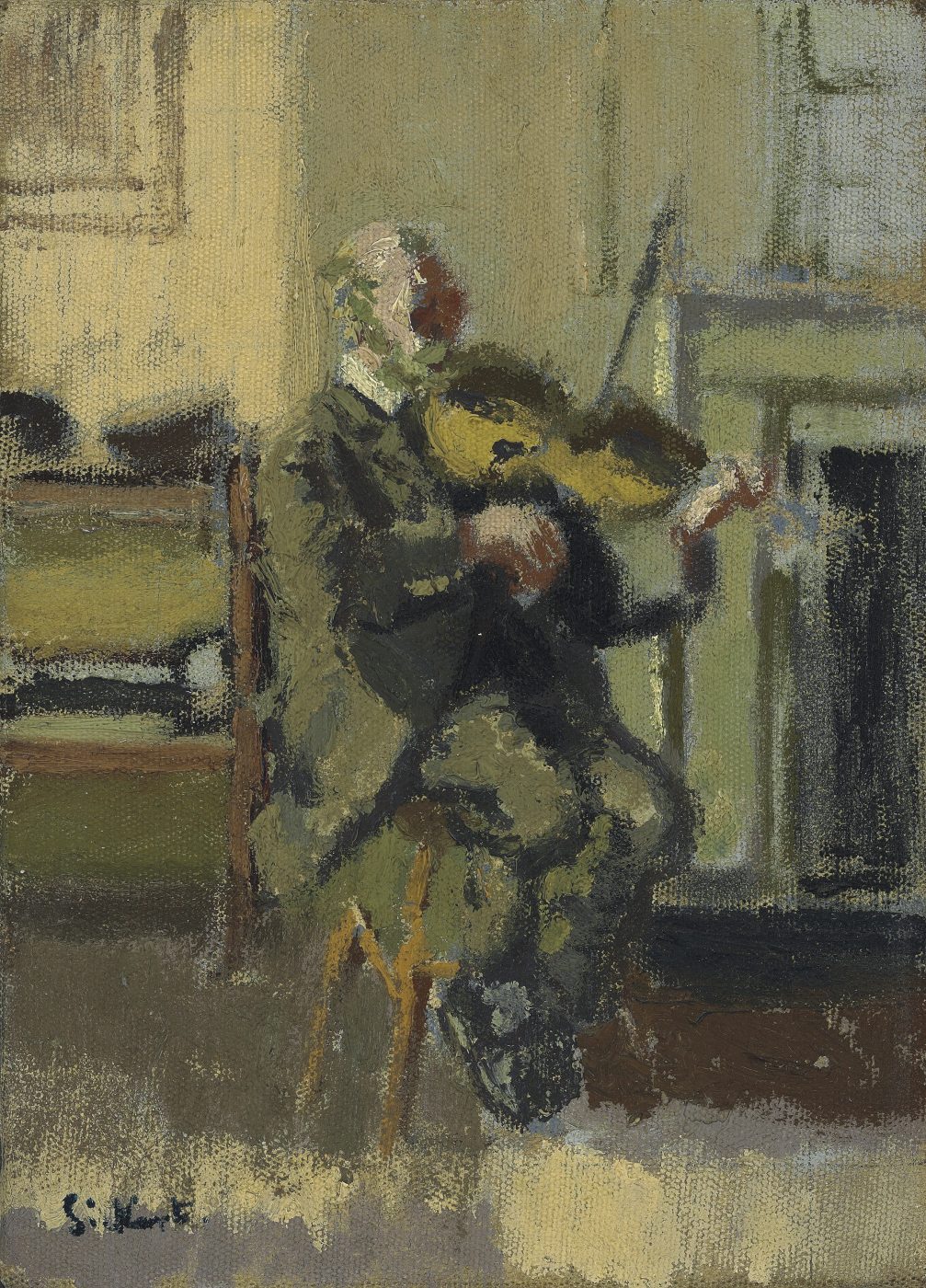