Tunnard’s early works were considered fairly conventional. His first major exhibition, held in 1932 at the Redfern Gallery, featured landscapes, marine scenes and still lives. From the mid-1930’s, however, he began to paint abstract works influenced by the styles of Joan Miró and Paul Klee, and further embraced British surrealism after reading Herbert Read on the subject. His works featured architectural and biomorphic forms combined with elements of constructivism. In his Self Portrait, now in the National Portrait Gallery (London), the artist depicts himself alongside an oversized insect.

Tunnard was given a show at the Guggenheim Jeune gallery in 1938. In her autobiography, Peggy Guggenheim writes that “His color was exquisite and his construction magnificent” and that “I was happy to think that I had discovered a genius.” She bought a large work from the exhibition titled PSI, currently in the Guggenheim Collection, Venice.

Tunnard’s work, along with that of painter Graham Sutherland, was loosely termed British Neo-romanticism, continuing the tradition of British landscape, but with a modern awareness. In later life he became interested in space travel and entomology, and he depicted satellites and lunarscapes in his paintings.

Interest in his work diminished after his death in 1971. In 2000, there was a centenary exhibition at Durham University.

A major retrospective at Pallant House Gallery in Chichester in Spring 2010 entitled ‘John Tunnard: Inner Space to Outer Space’, was curated by Simon Martin and explored the themes of abstraction, music and surrealism, nature and landscape, and science and space travel in his work. 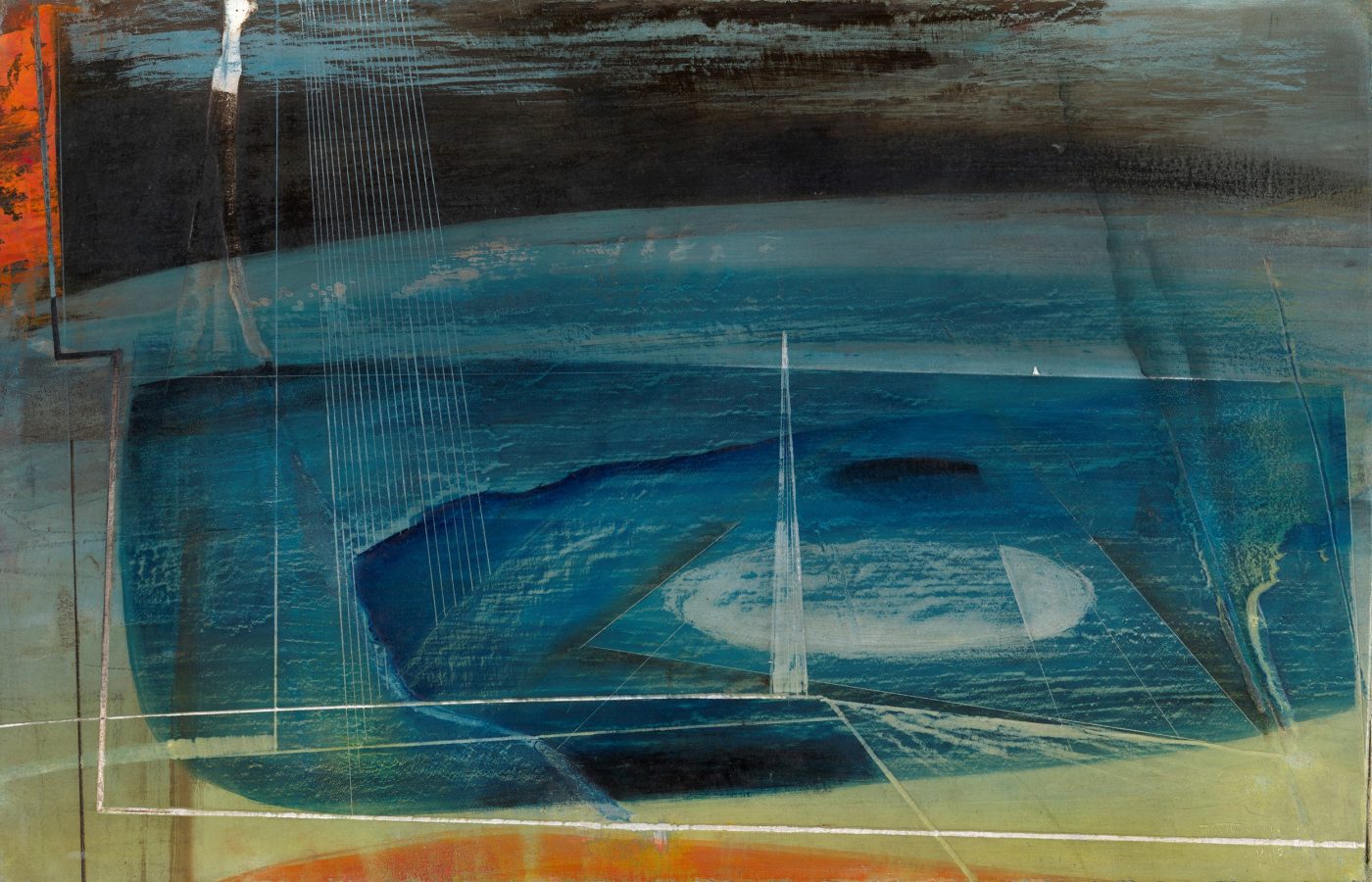