Van Goyen was born in Leiden. He was a pupil of the landscape painter Esaias van de Velde of Haarlem, In 1631 he moved to The Hague, where he mainly worked until he died in 1656. His earliest dated painting is from 1620. In 1649 his daughter married his pupil, Jan Steen, the famous painter of genre scenes.

One of the main pioneers of naturalistic landscape in early 17th century Holland, Van Goyen was an extremely prolific artist. At first he employed Van de Velde’s vibrant style. Then, around 1627, he began to move towards a more monochrome palette, generally working in just one or two colours in his landscapes – mostly in greens and greys – like Salomon van Ruysdael.

Approximately twelve hundred paintings and around eight hundred drawings by him are known, many of the latter made on his travels around the Netherlands, France and Germany. He also executed a number of landscape etchings. His sketches were made very rapidly outdoors and would be kept in the studio as reference material for the more detailed drawings in pen and ink he used in his paintings. 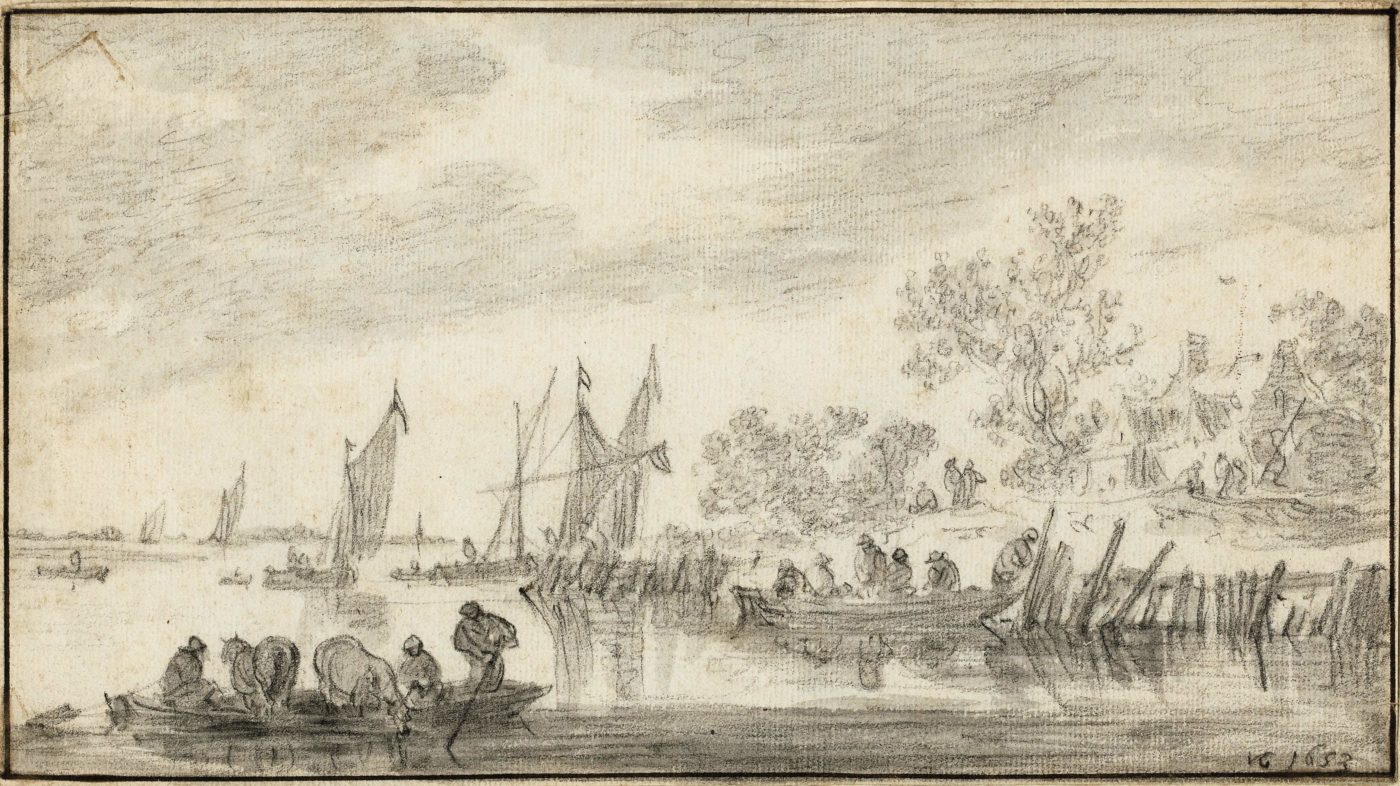 Van Goyen’s practice was to make signed, finished drawings of this type in the studio, based on the earlier sketches he had made on his travels around the Netherlands and Northern Germany.

He was a particularly prolific and brilliant draughtsman in 1653. The number of drawings he produced that year was perhaps a reflection of his dire financial position, which caused him to sell off most of his art collection at this time.