Born in Knowsley, near Liverpool, the son of a GP, Wood began to draw at the age of fourteen, going on to study architecture briefly at Liverpool University from 1919-20.

Following an invitation in 1920 from the French collector Alphonse Kahn to visit Paris, Wood studied drawing at the Académie Julian in 1921. Entering fashionable circles, he met the artist Augustus John and the Chilean diplomat Antonio Gandarillas, who introduced him to Picasso, Georges Auric and Jean Cocteau.

In 1926 Wood joined the London Group and the Seven and Five Society. In 1927 he exhibited with Ben and Winifred Nicholson at the Beaux Arts Gallery, becoming close to them personally and artistically. He painted with the Nicholsons in Cumberland and Cornwall and in 1928 on a visit to St. Ives he and Ben Nicholson met the fisherman painter Alfred Wallis, whose interest in ‘primitive’ expression helped Wood establish a personal style.

Following a one-man show at Tooth’s gallery in 1929 Wood exhibited with Ben Nicholson at the Galérie Bernheim, Paris. After Wood’s untimely death in 1930, posthumous exhibitions were held, including at the 1938 Venice Biennale. In the same year a major exhibition organised by the Redfern Gallery gave impetus to Neo-Romanticism. 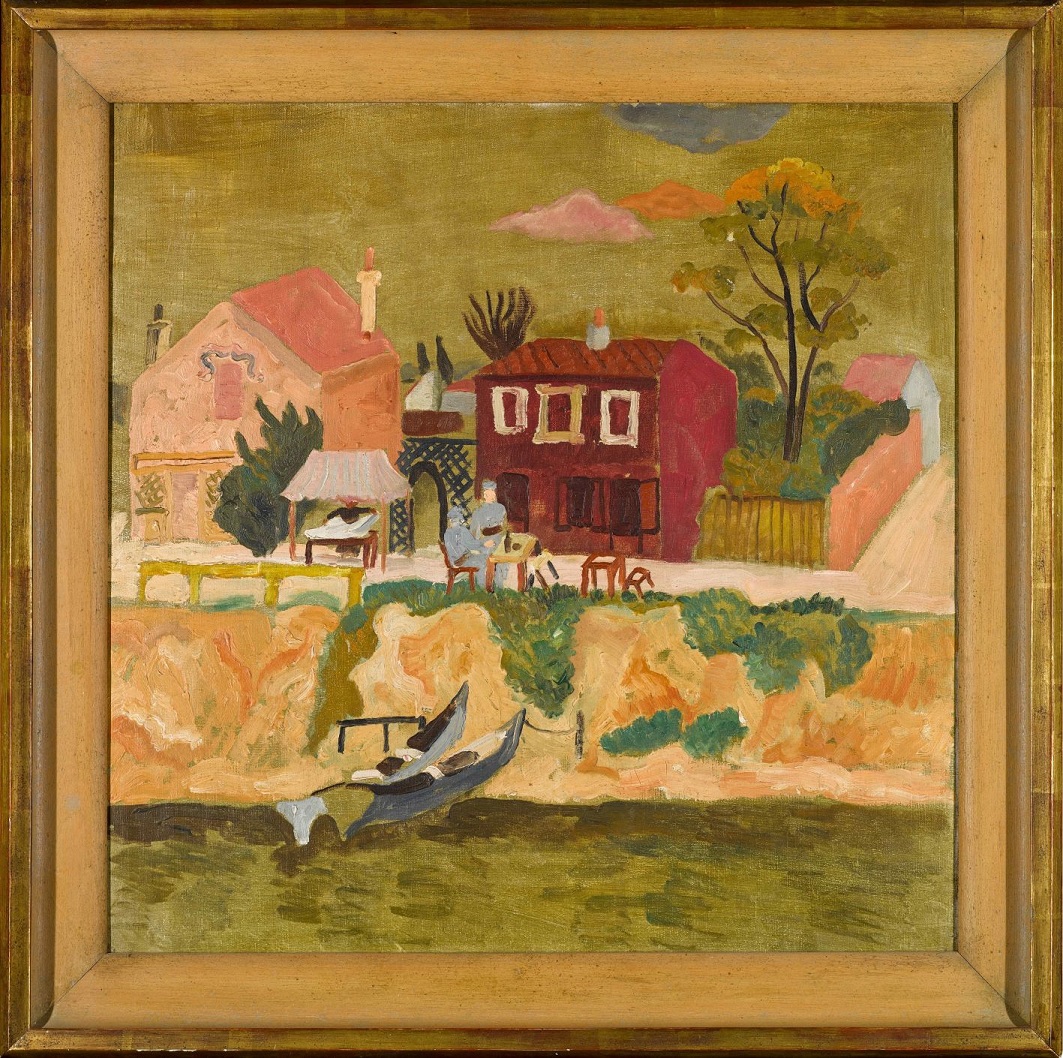